Semi-analytic models of galaxy formation are built on a description of the redshift evolution of the mass and number density of dark matter halos in terms of their merger history (the so-called merger trees). The evolution of the baryonic component hosted by these halos is then followed by means of a set of parametrised, physically based equations, to describe the physical processes that affect galaxy formation and evolution. The L-Galaxies galaxy formation model includes physical prescriptions for processes such as gas cooling, star formation, supernova feedback, formation and growth of black holes, AGN feedback and galaxy interactions and mergers that have been gradually developed over the years. A few simple slides describing the main components of the model can be found in LGalaxies_slides.pdf.


Catalogues released for the model typically include snapshots of the (sub)halo and galaxy populations with extended photometric coverage and star formation and metallicity histories, as well as lightcones with photometry based on two different stellar population synthesis models. These are available in the Millennium Database.


The new Henriques et al. 2020 model follows the radial distributions of stars, atomic and molecular gas in galaxy discs. It includes an \(\mathrm{H}_2\) based star formation law, as well as a detailed chemical enrichment model with explicit mass- and metallicity-dependent delay times for SN-II, SN-Ia and AGB stars. Information about the star formation, feedback and chemical enrichment histories of disks is stored in 12 concentric rings. The new model retains the success of its predecessor in reproducing the observed evolution of the galaxy population, in particular, stellar mass functions and passive fractions, the black hole-bulge mass relation, galaxy morphology and mass-metallicity relations. In addition, its detailed modeling of the radial structure of discs allows qualitatively new comparisons with observation of the atomic and molecular gas components and can help interpret the distribution of radial trends in modern, many-galaxy IFU surveys.

A snapshot of the Millennium, dark matter only, simulation:

On the left, simulated galaxies from L-Galaxies seen through a lightcone. On the right, real data from HST: 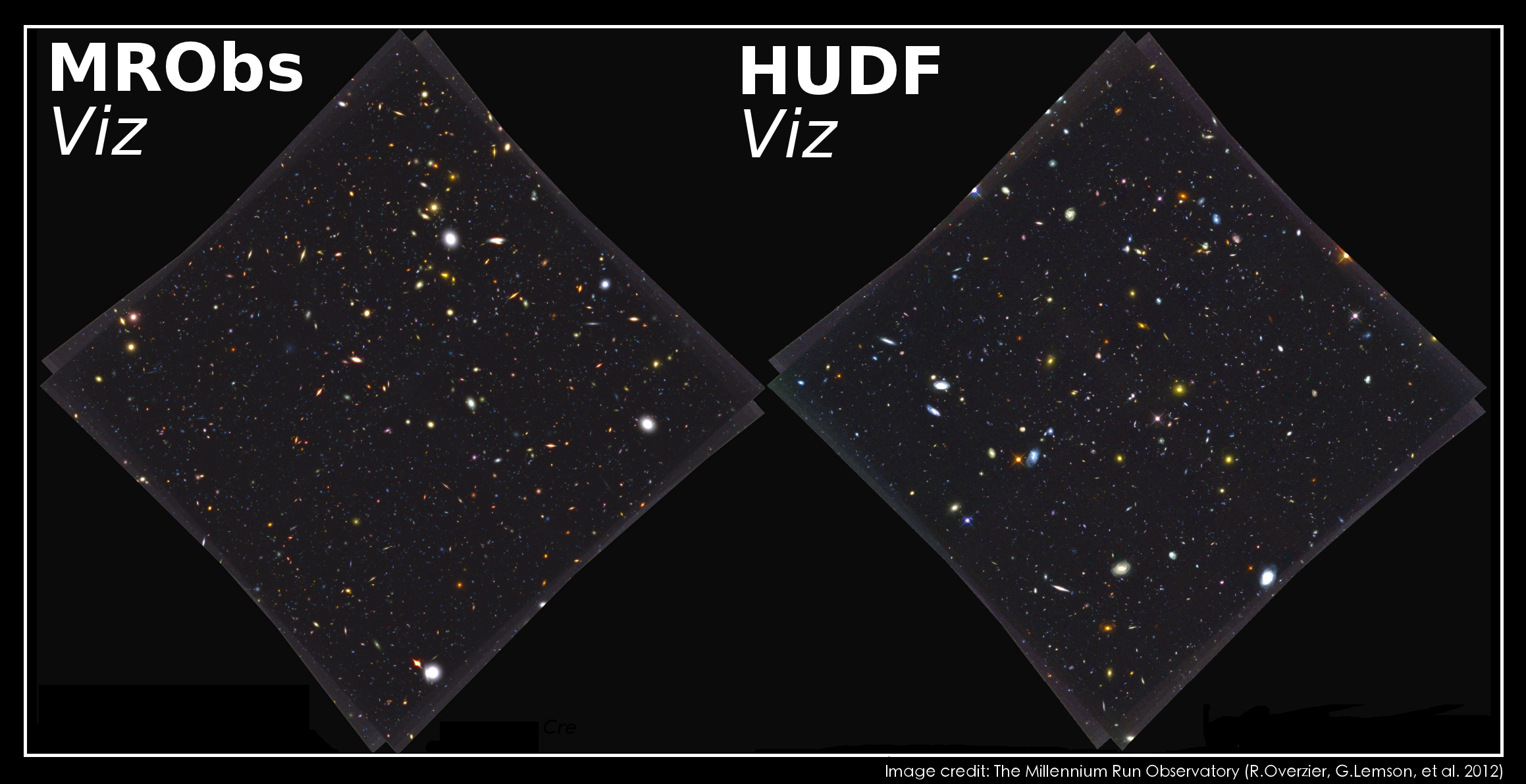